Moving Forward with the Federal Monitor 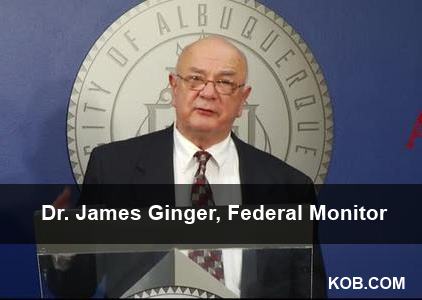 As you have probably heard by now, there has been considerable controversy in recent weeks about the relationship between the Albuquerque City Council and Dr. James Ginger, the monitor overseeing the consent decree mandating reforms of the Albuquerque Police Department. We wanted to give you a quick update to catch you up on what we've been doing to ensure that this controversy doesn't derail the reform process.

At last Monday’s City Council meeting, Adriann Barboa of Strong Families New Mexico, spoke on behalf of APD Forward in addressing this issue. During her presentation, Adriann emphasized that the council plays an important role in the reform process, but in the final analysis Dr. Ginger answers to the federal court and to the court alone. Yet she added that in the interest of transparency and public education, APD Forward believes Dr. Ginger should keep the council and the community at large informed of the monitoring process. In particular, Ginger should appear periodically before the council to provide updates and answer questions about the progress of reform.

Although APD Forward understands the need for accountability over how tax dollars are spent, the money spent on Dr. Ginger’s contract is money that we have to invest in this city’s future. This court-mandated process is the best opportunity our city has ever had to reform this troubled police department.

Councilors and audience members seemed to appreciate Adriann’s message. We need to overhaul this department. Success is far from certain, but failure will be certain if the reform process isn’t properly funded – and that includes costs associated with the federal monitor.